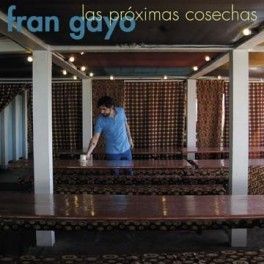 Fran Gayo writes articles in music and film magazines like Cahiers du Cinéma or Rockdelux, and has been Público's newspaper official correspondent in Cannes and Venice Film Festivals. He used to combine this job with his work as a writer and musician in the band MUS until they split up in 2008. After a short hiatus he came back back with a new identity, with a project under his own name and with his own voice, in a more intimate state of mind reminiscent of Leonard Cohen, Barzin, Serge Gainsbourg, Harry Nilsson or Randy Newman.Fran Gayo has now the courage to sing the songs he writes. And he sings in Spanish (not Asturian), turning the social issues that invaded almost everything in Mus into a more intimate, domestic, inner mood. A closeness reflected in an album recorded at home.