> Music>For Stars - "We Are All Beautiful People" 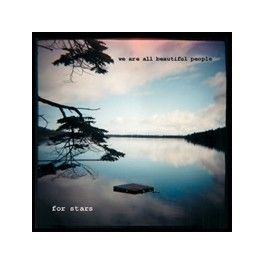 For Stars - "We Are All Beautiful People"

For Stars' brand of sadcore packed a punch on its third disc. "Wires" thunders along after its tentative start; "How It Goes" is expansive synth rock. Though Carlos Forster's vocals waver on the edge of annoying ("People Party"), there's a containment in his delivery (as on the ballad-like "Back in France" and "The Astronaut Song") that reveals he could sing just about any way he wants if he chose to. It's the silly but modern keyboard sounds that really distinguish what For Stars were doing: A mix of ethereal indie rock and space rock with traditional pop that's so unselfconscious there's every chance the band has no idea how timeless it is.