> The Declining Winter - The Definition Glance 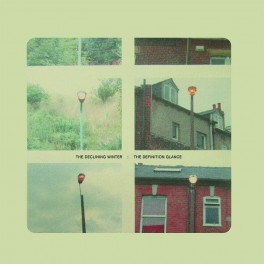 The Declining Winter - The Definition Glance

“their first fully fledged offering since 2018”

The Declining Winter is a long running UK band led by Richard Adams, the co-founder of the Domino Records group Hood.

They play a unique form of pastoral pop that takes in influences from lo-fi, electronica and post rock with a strong visual aesthetic inspired by the countryside of their home in Yorkshire UK. They have released six studio albums, the most recent of which Belmont Slope (2018) was described by The Quietus as "a gorgeous, deep-layered missive which, band name notwithstanding, feels like the last word in autumnal vibes".

Following a series of low key releases, The Definition Glance is their first fully fledged offering since 2018 and comes ahead of a new album Really Early, Really Late due in 2022. It is the classic ‘single of two halves’ with the title track an electronic and almost danceable tour de force of pulsating techno beats, warm synth pads and New Order-style basslines whilst on the flip, the more reflective six minute ‘Autumn Hours’ recalls the gentle post-rock sprawl of late period Talk Talk or overlooked Belgian experimenters Bed.

The Declining Winter continues to furrow an idiosyncratic path through the lesser known hedgerows of alternative English music seemingly oblivious to the changing trends of the world outside yet always finding new ways to present their lovely signature sound.