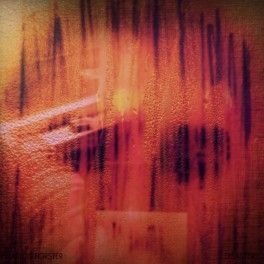 Disasters is the title of the brand new album by ex-For Stars front man and long time M. Ward collaborator Carlos Forster, a 10-songs collection (including covers of The Flaming Lips and Wire) oozing in intense, gospel-like and experimental folk in the vein of Mount Eerie, Roy Orbison, Red House Painters or Tim Buckley.

Do you remember For Stars? Yes, that Californian enigma which released four highly acclaimed albums between 1998 and 2004, two of them licensed for Europe by Acuarela. They made a strong impression with their debut, and within months lead singer Carlos Forster and the band were receiving interest from majors. Puncture Magazine called it “piercingly melancholic” and long-time Bay Area writer Dan Strachota said, “Forster sang each lyric as if he were wooing the stars at a beachside bonfire. There was no room for irony; no cheeky twists at the ends of songs. Forster meant every sweet word”. They’d go on to play prestigious Euro festivals such as the Crossing Border in Amsterdam and FIB in Spain, while opening in the States for Wilco. They signed on with booking giant Bruce Solar (Tegan and Sara, Rickie Lee Jones, etc.) at The Agency Group and NYC managers Maine Road (David Bowie, David Byrne, etc.), and theoretically it seemed they were destined for great heights….

And so the old rock’n roll story goes, it didn’t happen.

Between 2004 and 2011, it seemed that Carlos Forster had gone into hiding (or had quit the music business). Fortunately for us he has recently reappeared at our doorstep with the painfully gorgeous new full length titled Disasters. We learned Carlos has a family, is a licensed psychotherapist, and has been quietly living out his life in the outskirts of San Francisco. We also realized he never really left the music scene –in fact, since his band’s demise he has worked with acts like Cake (co-writing 2 tracks on their record Pressure Chief) and teamed up with M. Ward, who produced his first solo release (US only) Family Trees in 2011. Carlos also collaborated with M. Ward on creating multiple video trailers for She & Him’s Classics.

On Disasters (which was recorded in Forster’s basement) you’ll find many illustrious guests: John Murry (named as one of Mojo's top 50 songwriters of all time, and also the second cousin of William Faulkner through adoption), playing guitars and synths on a few tunes. The sadly missed Tim Mooney (former member of the American Music Club and the Toiling Midgets) playing drums (the fifth song "Tim" is named for him). Mike Coykendall (of M. Ward’s band) strumming acoustic guitar and bass. And Bill Swan, of the infamous Beulah adding a gorgeous horn solo at the end of the first track “You’ll Survive”. And boy, the album is fully deserving each of its influences: Mount Eerie, Disco Inferno, Grouper, Flying Saucer Attack, Roy Orbison, Hood and Red House Painters, Syd Barrett, Tim Buckley to name a few.

It rises and shines from the first minute and somehow functions as the perfect soundtrack to Charlie Kaufman’s “Eternal Sunshine of the Spotless Mind”, as bits of songs melt away like details from memory from moments of bliss to being sprung into chaos with machinery and turmoil.