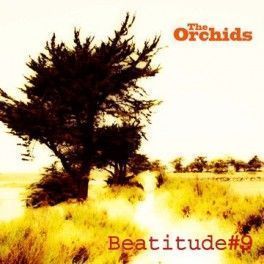 The Orchids are excited and proud to announce the launch of their new full-length, Beatitude #9, their sixth in a 26 year career.  Beatitude #9 is made up of 14 brand new songs recorded in their home studio over the past three years and sees the band broaden their horizons again, sounding modern and revitalizing whilst still sometimes harking back to some of the mainstream acts that they grew up with in the eighties. It has a feel of summer written all over it and captures classic Orchids guitar pop in tracks such as "Something's Going On" and"Hey! Sometimes". At the same time it also delves into their well known contrary habit of producing more experimental sounds in the epic cinematic soundscape that is "Away To You" as well as in "Today's The Day", which features a groove throughout the five minutes that is impossible not to become entirely mesmerized by.

They also pepper the release with several songs that appear to easily cross over into the mainstream where you can imagine other acts covering the songs and charting with them such as "Good Words" (where lead vocals are handed over to the wonderful Pauline Hynds - as they did to similarly wonderful effect with "A Kind Of Eden" on their third album), "A Perfect Foil" with its beautiful harmonies and "Someone Like You".