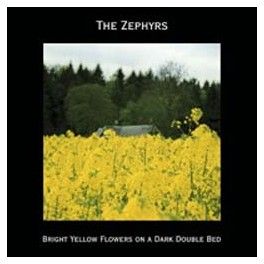 The Zephyrs - "Bright Yellow Flowers On A Dark Double Bed"

On “Bright Yellow Flowers on a Dark Double Bed”, The Zephyrs displayed an organic and elaborate sound making use of natural reverberations, acoustic guitars and mixing influences (pop, country, folk, noise…) in an inseparable unity. Stuart Nicol, guitarist and singer of the Edinburgh-based band, said that it is “100% Zephyrs”, the first album in which every step of the process (composition, production, recording and mixing) had the personal stamp of the band’s members. While Michael Brennan was responsible for the skilled production of their first three albums - “It’s Ok Not to Say Anything” (Evol, 2000), “When the Sky Comes Down It Comes Down on Your Head” (Southpaw, 2001) (which earned them the respect of audiences and the music reviewers alike) and “A Year to the Day” (Acuarela, 2003) - this time it was drummer Marcus MacKay’s turn to “position the microphones and record the music to tape”, with the firm intention of making “the cones in the speakers vibrate”. With more acoustic guitars than pedal steel they made what is undoubtedly their best record to date.